THE 31 m2 ACRO TWO SEATER – EXTRA POWER FOR DYNAMIC
No other wing proves that as impressively as the worldwide first acro tandem paraglider Twinforce.

About the U-TURN Twinforce RE4

As innovation pioneer U-Turn has a long-standing tradition to constantly redefine the flyable limits. The two world cup winners Pal and Gabor performed the world premiere and flew a double-seated Infinity Tumbling with the wing for the first time ever. The innovative wing is a technical masterstroke and made history. Now the time has come to newly set up the legendary dynamic miracle and take it to the next level.

The inexhaustible empirical knowledge as a world market leader in the area of acrobatics combined with the continual findings from the top of competition made the development possible. After countless Twinforce hours and thousands of Infinity Tumblings, the myriads of new findings that were made were included in the new generation TWINFORCE RE4. RE4 stands for release 4 and offers uncompromising dynamic with simplified handling. 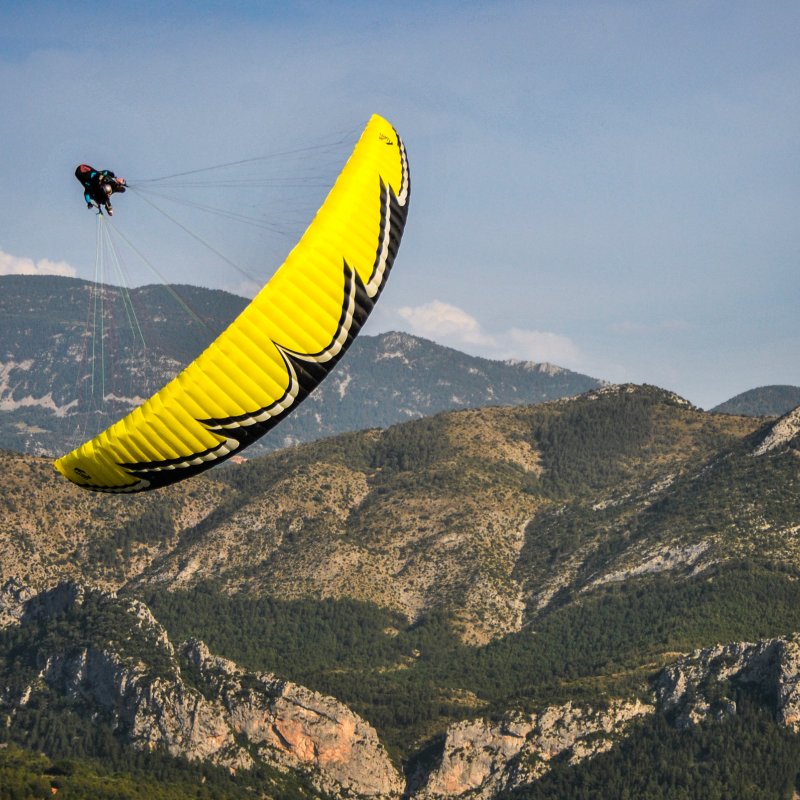 The demands on the glider are immense due to the extremely high forces that act upon the material. Through an intelligent layout of the line attachment points, the surface load was optimized further and distributed equally. All cells are attached separately and reinforced multiple times. But also alongside the leading edge additionally sewn-in reinforcement-bands of the cell connections ensure durability in the highly stressed part of the wing. 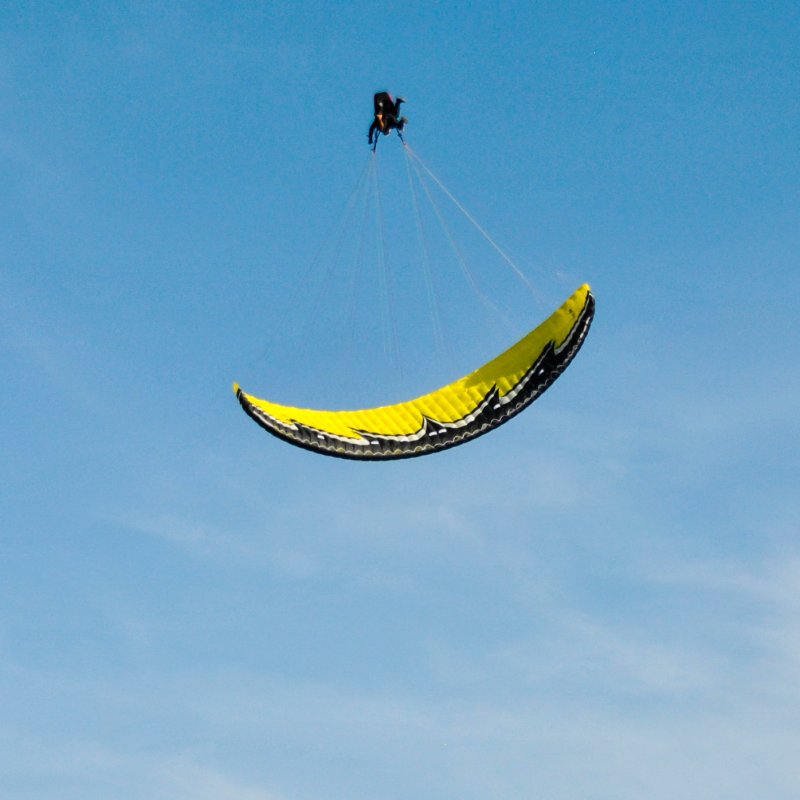 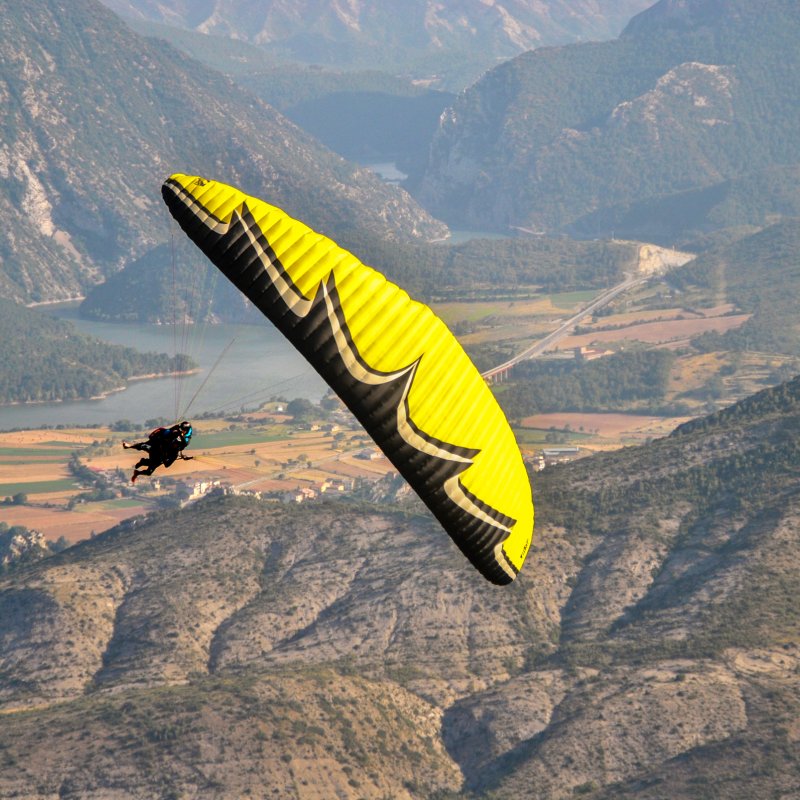 The TWINFORCE RE4 is aimed at experienced acro pilots who want to grant their passengers access to a new dimension and to the fascination of paragliding acrobatics. Additionally, the wing also offers the possibility for experienced trainers to coach future acro pilots with it. The TWINFORCE RE4 allows the experienced pilot to make the complete range of acro maneuvers accessible to passengers. Since the aeronautical and mental requirements to the TWINFORCE-pilot are very challenging, the glider is only handed out to pilots who are able to prove their capability.

Contact us for the best current deals before it's too late!

When it comes to the leading edge Strobl relies on the U-Turn-typical high tech design with pressure-optimized opening sizes and the Precision Profile Nose (PPN) to improve the inflow in the nose area. In correspondence with the valves in the bottom sail, the glider is a pure dynamic weapon. The additional aeration through the Pressure Balance Valves (PBV) in the bottom sail is an innovative invention by U-Turn. Through the PBV the wing is provided with the necessary dynamic pressure even in inconvenient angles of attack and therefore offers a higher range of tolerance in the extreme angles of attack which occur during the acrobatic flight. The High-Pressure Crossport Design (HPCD) optimizes the lateral aeration, for a balanced internal pressure of the wing. All attachment points are reinforced multiple times. Like all other U-Turn acro gliders, the TWINFORCE RE4 is also equipped with the Stabilo Security Function (SSF), to quickly resolve the situation when making a swaying movement.

The TWINFORCE RE4 is processed with the highest quality and is designed for durability under extreme loads. The superior experience in the area of acrobatics was also contributed by U-Turn during the development of own materials. Hence the acro material PX40, which was developed by U-Turn, is also used in the TWINFORCE RE4. An unprecedented coating provides outstanding long term values and optimized tear resistance. PX40 is currently the strongest fabric that can be used to build a wing – and the TWINFORCE RE4 is the strongest wing ever built. 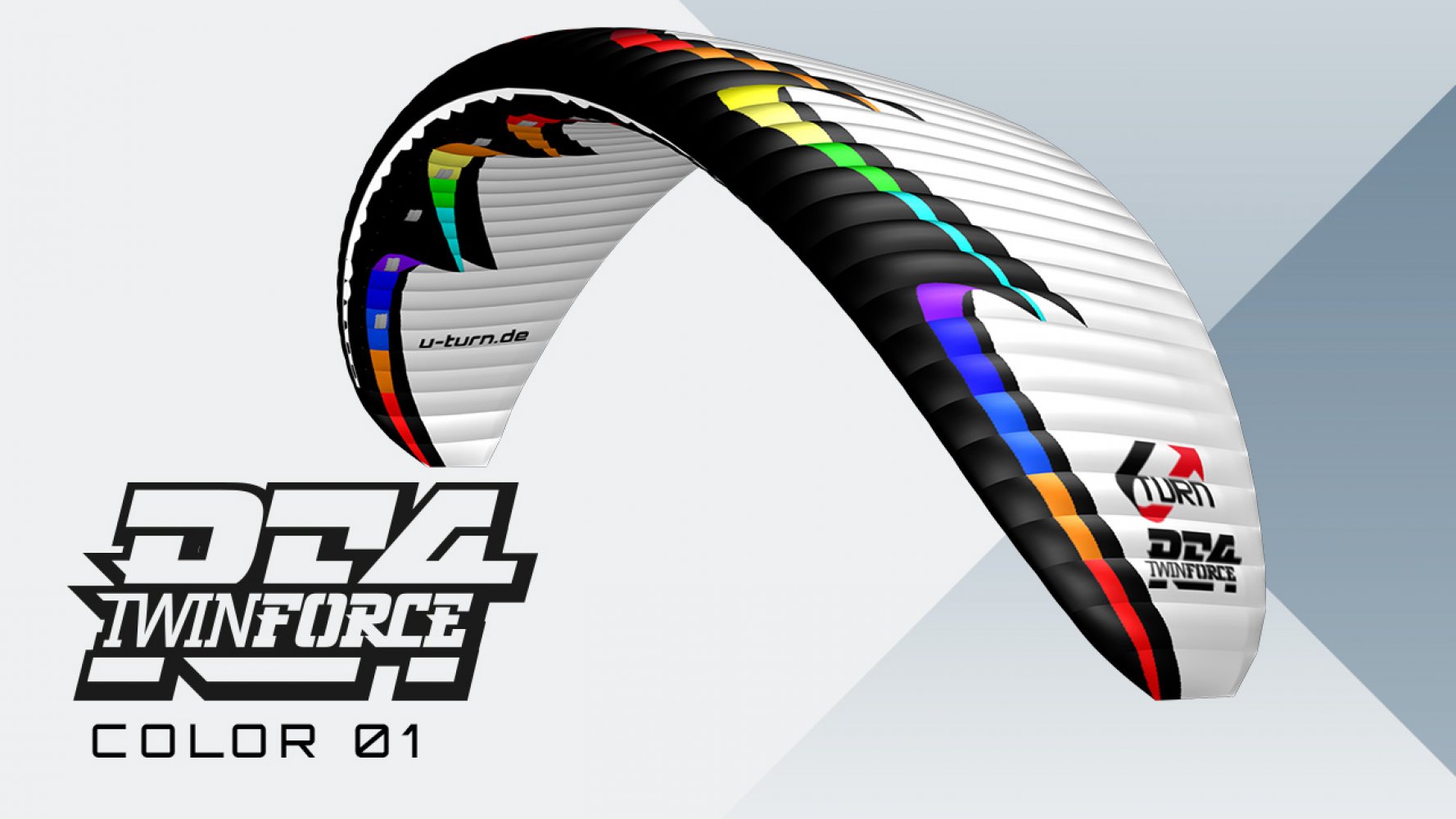 The TWINFORCE RE4 is aimed at experienced acro pilots who want to grant their passengers access to a new dimension and to the fascination of paragliding acrobatics. 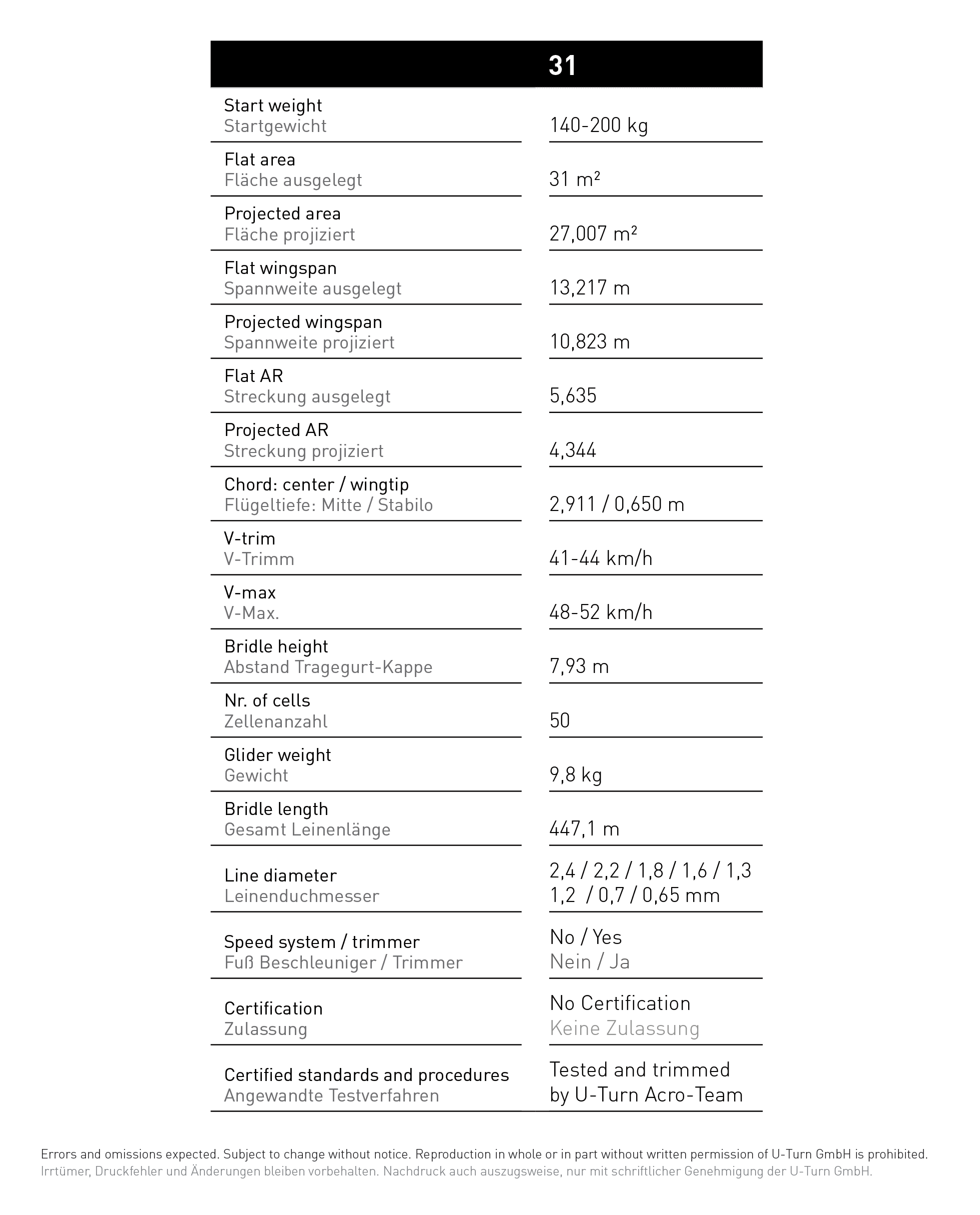